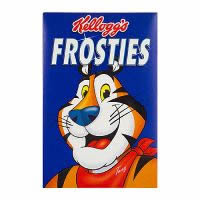 Tony the tiger will be sad today as the London Shadow Health Secretary has said that sugary breakfast cereals like Frosties and Sugar Puffs are no longer grrrreeeaaatttttt.....

Mr Burnham wants these types of sugary cereals banned and said..." the rise in obesity levels was “storing up huge problems for the country and the NHS in the long term”.

To blame childhood obesity on Frosties and Sugar Puffs will raise a smile from folk brought up on these cereals in the 60's and 70's. We were in a permanent state of hunger and would supplement our sugary breakfast with sugar sandwiches and anything we could find in the cupboard.

There wasn't a fat bloke in the whole school and we were all skinnymalinks and fit as a butchers dog due to being out and about all day playing.

A bowl of Frosties would be burnt off in half an hour of running about outside.

But I suppose the attack on food was to be expected after smoking and drinking alcohol have been vilified.

The fake charities will now be getting on board to make their millions advising on what we all eat as well.

I wonder what they have for breakfast at Westminster ? Click on pic to enlarge... 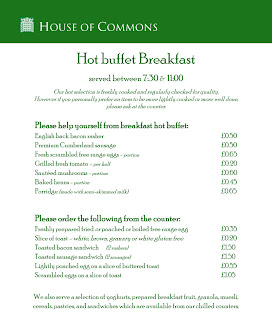 55p for 'poached egg on toast' sounds excellent value for a central London restaurant. They must run a tight ship there with these kind of prices.