Move along now nothing to see here... George Square episode. 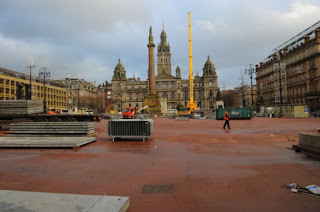 Not being from Glasgow, the George Square '£15m 21st Century revamp' has largely passed me by. If it was the City Square in Dundee then I would be up to speed and keen to follow every nuance in the debate.

So I tuned in to STV's 'Scotland Tonight' and then the BBC's 'Newsnight Scotland' to get 'the story'.

Between the two programmes I discovered that the major revamp had been cancelled because the Glasgow Council Leader Mr Matheson had decided to "listen to the people" who weren't very keen. He would replace the red paving stones in the Square because they weren't very nice and leave it at that. A former Council leader, Mr Kelly, was in the studio and he said it was disappointing but it wasn't related to the personal life of the Council Leader or the opposition that he would meet when the plans went ahead. Mr Kelly would have liked a more radical plan for the Square and told the architect who won the best design competition that his plan was boring. Especially the water drainage system.

Well that was my license fee money well spent tonight.I think they covered everything pretty well. (not)

I was left wondering what political party Mr Matheson and Mr Kelly belonged to. And what the "personal problem" was. Oh and the rumours about moving all the statues, which were "unknown, lifeless relics from a bygone era". Cover your ears Rabbie Burns ! I was curious about who was represented at the "resident focus groups and in-depth stakeholder interviews ". I wondered if any members of the public or from disabled groups had been asked what they wanted for the 21st Century George Square. Oh and what about the planned demonstration on the 2nd Feb ? That will probably be cancelled I'd imagine.

Phew I can't sleep tonight. Every time I close my eyes I keep seeing this picture... 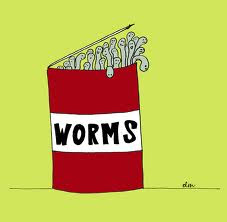 UPDATE : 29th Jan 2013 : Good article in The Herald newspaper. The leader of Glasgow council is alleged to have pre chosen his preferred design for George Square and had 'his head in his hands' when an alternative design was selected. The whole scheme was then dumped by Mr Matheson the following Monday.