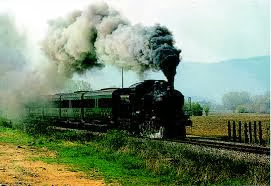 This high speed rail farce is getting out of hand. Call me Dave is going to commission a report apparently to see about extending it over the border to Scotland. This obviously has nothing to do with the upcoming independence referendum in Scotland and the 'secret' report that explained how HS2 would cost Scotland hundreds of millions in lost revenue if it stopped at Birmingham or Manchester.

Scotland will contribute £4Bn in taxes towards the present HS2 plans although the costs will probably double as usual. It won't reach Manchester until 2033 so will reach Scotland by about 2050. By which time we will all be using jetpacks to travel around and won't need trains.

Do you see what he did there ?

This is the same drone who wanted his present Scotch Sekratry job scrapped until his Limp Dem party sneaked into power on the back of dumping all of their principles for some comfy seats in the Tory limousines.

Like HS1, they will have to build some kind of HS2. The latest 'vote' in the House of Chancers was all theatre. It's already been signed and agreed behind closed doors with our dear leaders in Brussels so it will go ahead. It's all part of the Trans European Network. 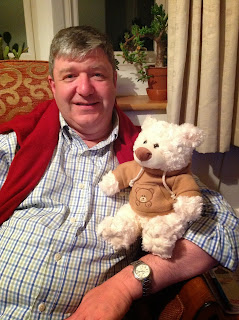