Highland 'Big Hitter' brought in to save the Union. 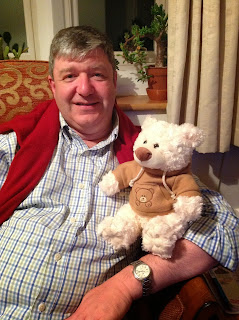 A Scottish Highlands 'big hitter' ( above right ) has replaced another 'big hitter' from somewhere else in Scotchland as Scotch Secretary in order to fight for the Union.

Speaking on Skye News the new North British noble said that the last noble "did an excellent job....and got the referendum question that Project Fear wanted (sic)"

He then went on to say that "he would welcome a debate with Alex Salmond and that Scotchland had the best of both worlds with the Union".....[Ed :food banks to simulate the 3rd world and a 1st world Scotch oil pipeline to the south so they can see what they could have won if they'd voted for independence the last time ?]

I watched the evening news to get their 'fair and impartial' reports on the new appointment.

STV news..."Alistair Carmichael[new Scotch Secretary] is more fiesty, known as a bruiser, Michael Moore[previous noble] lacked the killer instinct, gloves are off, more aggressive and argumentative with all the qualities required to take on the independence supporters".

No right of reply from pro independence supporters.

BBC Reporting Scotland....."Alistair Carmichael more combative, political streetfighter who will take the fight to the SNP."

No right of reply from pro independence supporters.